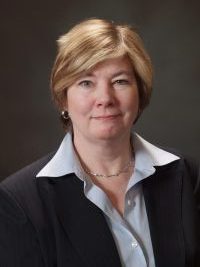 As the founder and managing partner of the Southampton, Pennsylvania law firm of Flood & Masiuk, LLC, Marianne Flood oversees a practice devoted to providing clients with personalized service and counsel in all aspects of estate planning.

Because of Ms. Floods deep commitment to the specialty of estate planning, she became a member of the American Academy of Estate Planning Attorneys in April, 2000. Her entire private practice has been devoted to helping families of all ages and backgrounds.

Prior to founding her own law firm, Ms. Flood practiced law in the public sector as an Assistant Regional Attorney for the United States Department of Health, Education and Welfare, and the United States Department of Education. She is a member of the Bucks County Bar Association, where she has served as both an Officer and as a Director. Ms. Floods professional contributions have earned her recognition by the Bucks County Bar Association through the award of a Certificate of Recognition in 1988 and the Presidents Award in 1989.

Ms. Flood attended the University of Pennsylvania, where she graduated with a Bachelor of Arts degree in psychology and a Bachelor of Science degree in elementary education.

Next, she attended the University of Maryland School of Law, where she was awarded a Juris Doctor degree With Honor. She was an Editor of the Maryland Law Review and was awarded the prestigious American Jurisprudence Awards for excellence in both Conflict of Laws and Future Interests.

Ms. Floods civic involvement has been with the Lower Southampton Township Fourth of July Parade Committee, and the Bucks County Legal Aid Society. She is married to her law partner, Joseph M. Masiuk; is the mother of two; and an avid knitter.

Is Your Plan Outdated?

Change is inevitable! See if your plan is outdated and if you need to take action to protect your loved ones.